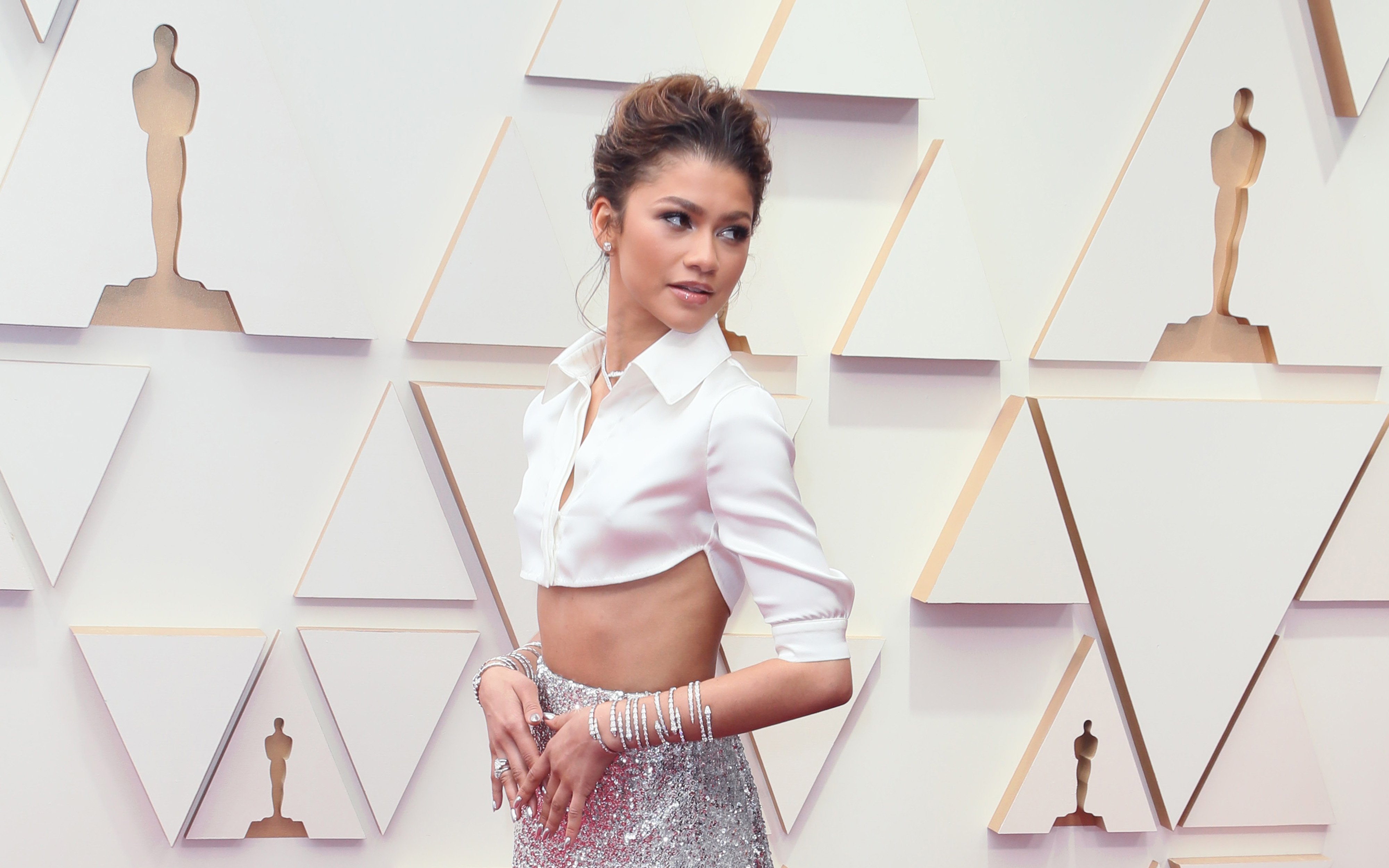 Including Céline Dion’s backwards suit and Cher in Bob Mackie, of course.

This article was originally published on April 21, 2021 and has been updated.

The 2023 Oscar nominations were released on January 24 and there were, reliably, some lovely surprises (like Everything Everywhere All at Once snagging 11 nods) and bummer disappointments (like Viola Davis being shut out of the Best Actress category for her The Woman King performance). But we’d be remiss if we didn’t admit that the mere mention of the Academy Awards got us excited about the red carpet. Might be the haute couture shows happening in Paris right now, might be the fumes of fashion joy from the Golden Globes, but the March 12 Oscars can’t come soon enough. In preparation, we’re sharing FASHION editors picks for the best Oscars dresses ever. Read on for why these unforgettable Oscars looks will go down in history.

For anyone who has ever questioned the power of fashion, let me introduce you to Zendaya. Before she met her stylist Law Roach, she was a young teen on the Disney Channel. Now? She’s won two Emmys and is the most in-demand actress/brand ambassador/general It girl on the planet. Roach built her brand from the ground up using independent designers and sheer talent, and this Valentino look from the 2022 Oscars feels like the pinnacle of their working relationship. It’s chic, effortless, and, most important of all, surprising. —Annika Lautens, fashion news director

And the award for Fashion Revenge goes to…Cher! The Bob Mackie creation might not be so shocking today, but in 1986 it ruffled more feathers than in the headdress that topped the wild and witchy look. Miffed at not being nominated for her role in Mask, the singer asked Mackie for a design that would convey her annoyance for not being taken seriously as an actress. Two years later she beat Meryl Streep, winning Best Actress for Moonstruck. —Bernadette Morra, editor-in-chief

We’ve seen many women sport tuxedos and suiting on the red carpet, but Billy Porter’s turn in a custom “tuxedo dress” by New York-based designer Christian Siriano stole the show in 2019. No stranger to going completely — and authentically — OTT with his event ensembles, Porter’s captivating look (a velvet tuxedo jacket and frilled, french-cuffed shirt mixed with a lush full-length velvet gown) was a major move forward for the notion of genderless dressing during one of the world’s most-viewed moments. A breath of fabulous fresh air, indeed! —Odessa Paloma Parker, contributor

Simply put, this Valentino Couture gown that Gemma Chan wore to the 2019 Oscars is a statement. There’s no hiding when you have a starched, ruffled collar emerging from billowing layers of punchy pink taffeta. But Chan wears it almost nonchalantly, thanks to the hidden pockets which she later revealed were holding cookies and rice crackers, a little something to get her through the three-hour ceremony. —Sarah Mariotti, contributor

Céline Dion goes down in the fashion hall of fame for her backwards and backless tuxedo and matching hat by John Galliano for Dior. More than 20 years ago, the look received backlash and was considered inappropriate on a red carpet dominated by glitter and gowns. Looking back, Dion’s game-changing ensemble was way ahead of its time — traditions and rules are meant  to be broken! I hope we have more of these moments going forward in Hollywood. —George Antonopoulos, fashion and creative director

I’ll be the first to admit that I’m guilty of using the word iconic far too loosely, but Halle Berry’s Elie Saab number at the 2002 Academy Awards (the year she won Best Actress for her role in Monster’s Ball and became the first Black woman to win the award!) is definitely worthy of the title. Between the jaw-dropping (for 2002, at least) sheer panelling, the silk skirt in that unforgettable rich burgundy shade, the beautiful embroidery work and Berry’s pixie cut that’s equally iconic (sorry but also undeniably true!), it’ll forever be a red carpet look that lives in my head rent-free. —Souzan Michael Galway, contributor

Maybe it’s the fact that I’m longing for a ridiculously glam night on the town, but I could cry a river gazing at this disco dream on gap-toothed babe Lauren Hutton. The magic of this Halston look is that while it’s emblematic of the disco era, it would look just as fun at a fancy fête today (swapping the chubby fur for a faux option, naturally) as it did in 1975. Those layers of pastel rainbow chiffon! The plunging neckline and skinny belt! I may have January blues-induced Saturday night fever, but someone get me on a dance floor, stat. —Jennifer Berry, digital director