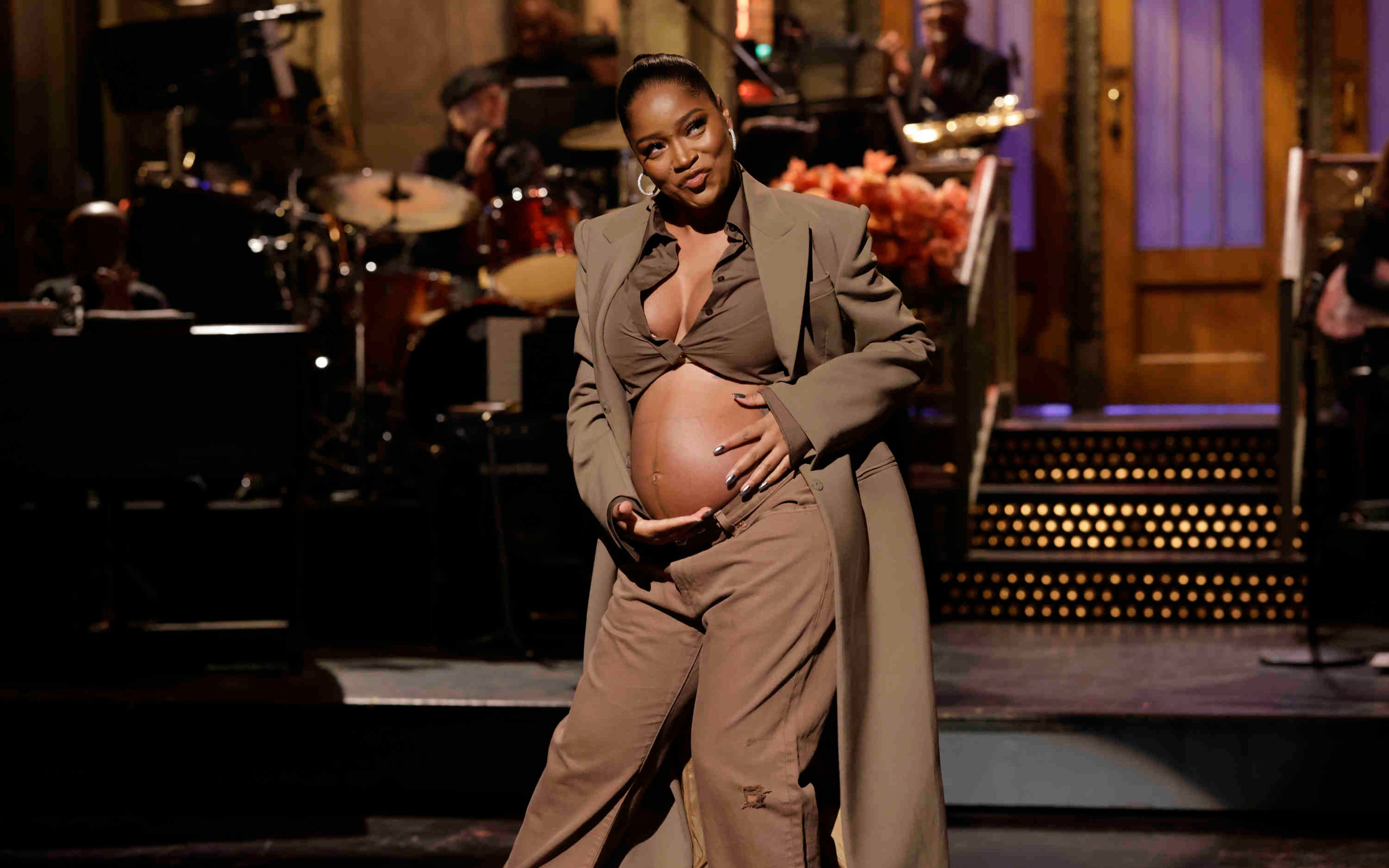 A baby announcement that includes a classic Max Mara coat *and* a crop top? We love to see it!

Keke Palmer is expecting a baby! And the way she revealed the news — on TV, in a fabulous outfit, and with pure joy written all over her face — reminded us of another stylish on-air pregnancy announcement more than a decade ago.

The Nope actor announced the happy news while hosting Saturday Night Live, revealing her growing baby bump during her opening monologue. Palmer jumped right into it, addressing buzz that she’s expecting her first child with her fitness instructor boyfriend Darius Jackson. “There’s some rumours going around, people have been in my comments saying, ‘Keke’s having a baby, Keke’s pregnant,’” said Palmer during the skit. “And I wanna set the record straight — I am!” The ever-stylish Palmer, clad in a monochromatic head-to-toe look, then unbuttoned her cocoa brown Max Mara coat, exposing a tonal crop top sitting above her baby bump. A baby announcement that includes Max Mara *and* a crop top? Immediately yes.

Palmer, 29, went on to say that while it’s bad enough when people on the internet spread rumours about you, it’s “even worse when they’re correct.”

It’s worth noting that crop tops and baby bumps aren’t always celebrated. Jodie Turner-Smith faced harsh treatment from some members of the British press and anonymous online trolls after appearing on The Graham Norton Show in 2020 wearing a crop top while heavily pregnant. In a since-deleted tweet, the Queen & Slim actor responded to the criticism, writing: “Gives zero f*cks about your disdain for pregnant women’s bodies on British television.” That’s quite succinct but it bears repeating that people can and should wear whatever they want to, pregnant or not.

Palmer’s cheeky baby announcement harkened back to one Beyoncé Knowles’ own bump reveal at the MTV Video Music Awards in 2011. Queen Bey famously opened her Dolce & Gabbana blazer to show off a pregnant belly underneath, confirming the pregnancy reports that had been rabidly rumoured in the press.