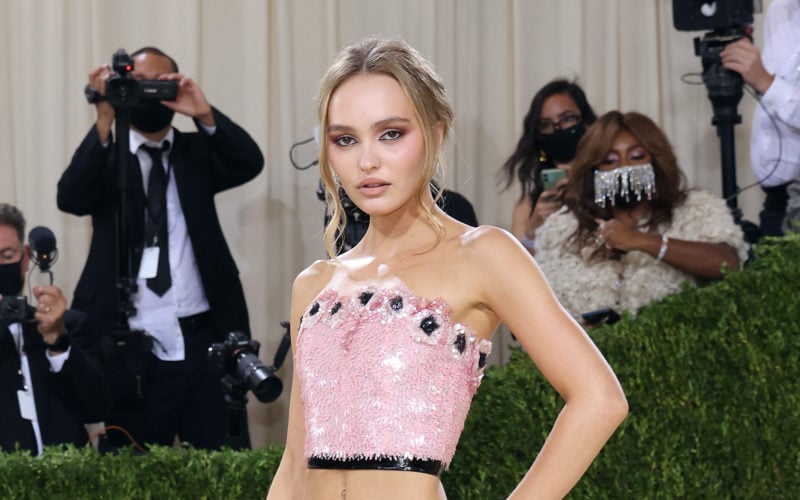 It’s almost *too* easy to villainize the children of Hollywood royalty. Why?

It’s been a bad week for the famous offspring of the world. In the past few days, the term “nepo baby” has reared its ugly head to once again haunt the lives — and career validity — of born celebrities everywhere.

Short for nepotism baby, the expression has taken off on social media in recent years as a cheeky, backhanded label for the children of Hollywood elite who have pursued careers in the entertainment industry. Of course, said nepo babies aren’t exactly thrilled with the term. And Lily-Rose Depp is the latest to remind us.

On November 16, the daughter of Johnny Depp and Vanessa Paradis pushed back on the label in a now-viral interview with Elle. The 23-year-old, who has had a series of acting roles (including her upcoming gig in The Idol), walked high-fashion runways (despite being 5’3”) and long worked with Chanel, downplayed the influence her movie star dad and model mom had in her success.

“People are going to have preconceived ideas about you or how you got there, and I can definitely say that nothing is going to get you the part except for being right for the part,” she said. “Maybe you get your foot in the door, but you still just have your foot in the door. There’s a lot of work that comes after that.” But that’s the thing: most people don’t get access to those opportunities, like, ever. And nepo babies seem to consistently miss that crucial point.

The problem is that even when celebrity children recognize their privilege and acknowledge the validity of the “nepo baby” label, it often comes off as disingenuous. In an interview with The Cut published on November 21, Madonna’s daughter Lourdes Leon  shared a decidedly “me-vs.-them” take on the term. “Nepotism babies are pretty awful usually, and my mom and my father raised me to be so much smarter than that,” she said. But this denial discounts the fact that the nepotism in question is not a personality trait. It’s an inherent privilege. And despite efforts to distance herself from the label, Leon still faced criticism for sounding tone-deaf throughout the interview. This begs the question: Do we just want to dislike nepo babies?

After all, it’s not hard to find their faults. Aside from being out of touch and admittedly easy to poke fun at, nepo babies are also reminders of the world’s unfair advantages. They have not only money and connections, but they grow up immersed in exclusive spaces, with proximity to iconic role models and a roadmap to success. Many celebrity kids then reach those coveted career goals, regardless of whether they’re the best — or even very good — at what they do. With all the privileges that most people don’t get, it’s easy to villainize the children of famous people for simply existing.

But that, of course, is not fair. After all, some of today’s biggest talents — like Dakota Johnson, Miley Cyrus, Timothée Chalamet, Jaden Smith and Zoë Kravitz — are from showbiz families. And while social media’s fixation on famous offspring has made it feel like we’re in the unprecedented age of nepo babies, the trend of successful celebs having famous parents is nothing new in Hollywood. The Kate Hudsons, Drew Barrymores and even Liza Minnellis of the world all come from well-connected families, and many have no problem admitting it. From Jane Fonda crediting her actor father as the reason she attained fame to Jamie Lee Curtis acknowledging that her big break was thanks in part to her movie star mom, there’s something refreshing about Hollywood royalty recognizing they had the upper hand.

The problem is that today’s nepo babies seem to want to hide from and deny the label, or worse, reframe it as a barrier they had to overcome. Depp has previously suggested coming from a famous background made things somewhat harder for her. Not to mention, Kendall Jenner has long insisted that being from a prominent family — and starring in Keeping Up With The Kardashians — actually hindered her from finding success in the modelling world.

Sure, there are some downsides to having the proverbial leg up. There’s the constant comparison, being overshadowed by a larger-than-life legacy, and a world of people who expect you to be not quite as good as your family. But in the grand scheme of things, being a product of nepotism is not one of life’s great injustices.

It’s not always easy to root for celebrity children, and maybe that’s because they offer an inadvertent reality check to the rest of the world. Above all, they remind us that we’re not living in a meritocracy. As much as Hollywood loves a good rags-to-riches story, at the end of the day, success often comes down to financial privilege and right-place-right-time connections, not just pure talent.

Perhaps it’s this lack of understanding about the way the world works that makes nepo babies admittedly easy targets. “If somebody’s mom or dad is a doctor, and then the kid becomes a doctor, you’re not going to be like, ‘Well, you’re only a doctor because your parent is a doctor,’” Depp continued in her interview with Elle. “It’s like ‘No, I went to medical school and trained.’” The great irony here is that nepotism exists in the healthcare world, too. It pervades nearly every industry. In fact, the world is basically built on unfair connections, and children of the Hollywood elite only remind us of that fact.

Is it reasonable to hate them for that? Of course not. But is it cathartic to poke fun at them when they miss the point? Kinda.