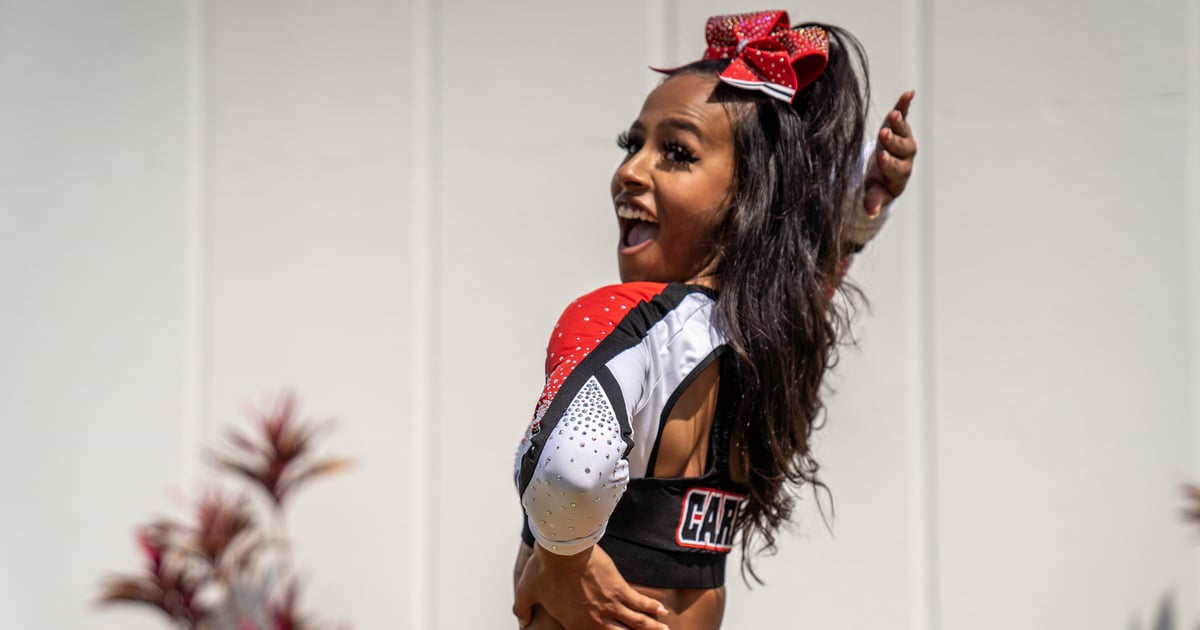 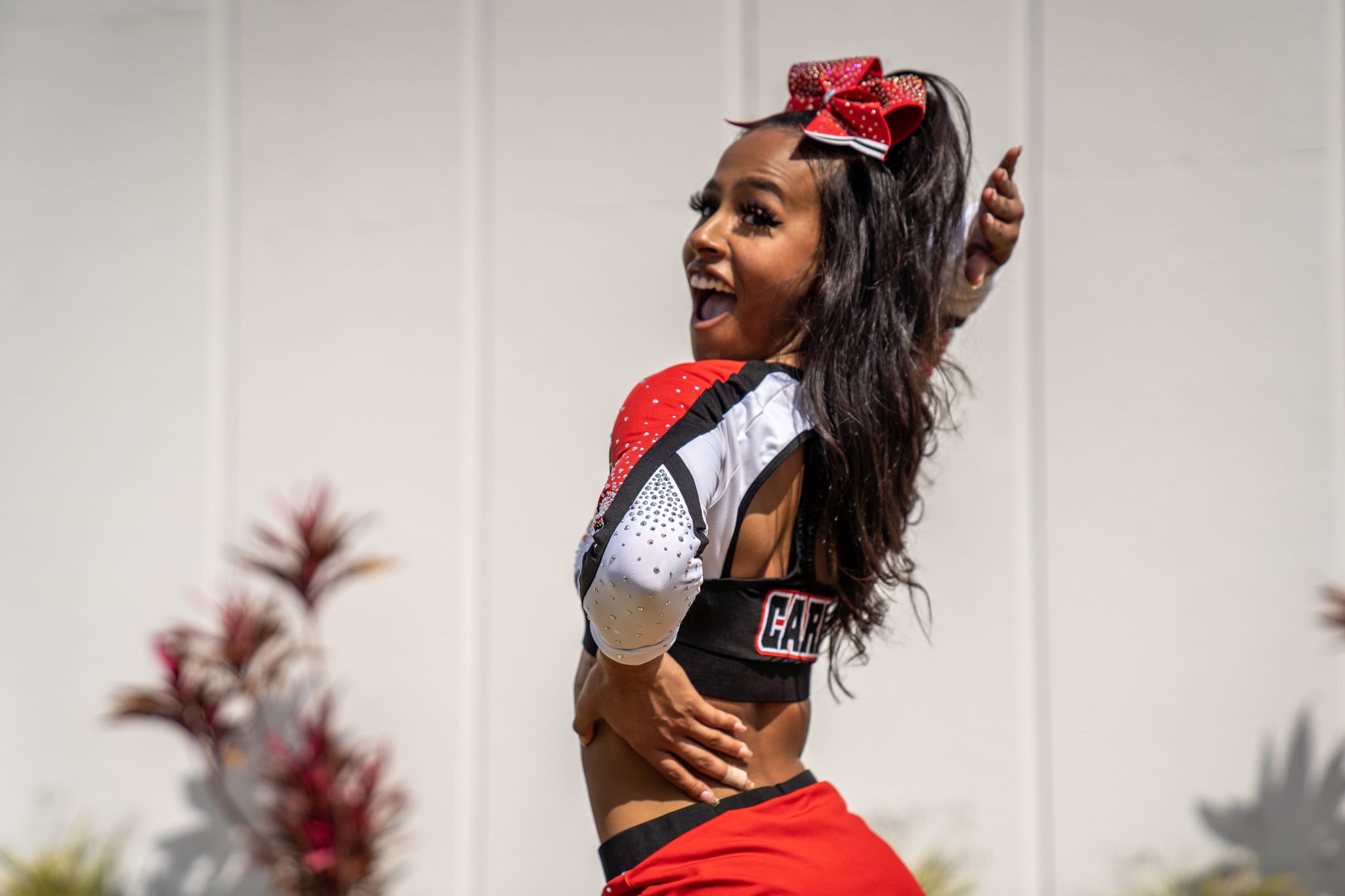 Cheer‘s second season introduces us to Jada Wooten, a leader on the Trinity Valley Community College (TVCC) cheer team. She’s a world-championship-level flyer and tumbler who revealed in an early episode that she struggled with mental blocks, which caused her to fall on her head or neck out of back handsprings or whips (translation: basically a back handsprings without hands). Cheerleading is about trust, and she lost her trust in herself.

Wooten, now 20 and cheering for Sam Houston State University, tells POPSUGAR that her mental block began freshman year of high school and lasted for three years. It also, she says, impacted simple skills she’d been doing all her life. She’d walk into the gym and be afraid to “do anything intense.” Instead, she’d “bail” out of skills.

“Bailing is basically psyching yourself out of a skill that you’re in the act of doing, except you don’t do it,” Wooten explains. If this sounds familiar, you may remember Simone Biles citing this phenomenon when she withdrew from most of her Tokyo Olympic finals over the summer. She “bailed” out of a vault during the team final due to what’s called “the twisties,” where you lose mind-body connection mid twist. Many different athletes — gymnasts, cheerleaders, and divers, for instance — experience this dangerous loss of air-awareness.

Navarro alumni Gabi Butler and Lexi Brumback tell POPSUGAR they too have battled mental blocks at some point in their cheer careers (think of it as “brain farting,” Brumback remarks). It’s extremely common and, as you’d imagine, unsafe.

Wooten says she never got seriously injured as a result of her mental block. “It was definitely more of a mental thing rather than physical, but I’ve taken some pretty hard falls,” she notes. She gradually built up confidence and shook that fear of flipping, but when she’d psych herself out, she would think of a single phrase that would make her do a skill regardless of how scary it seemed. At Trinity Valley, it was, “On CCFC, I’m gonna do this.” Like Navarro’s FIOFMU, it’s an acronym only TVCC cheerleaders know — so for her, it was essentially like swearing on the Bible.

“It took me three years to fully get back to where I was, and it might seem like a long time to most, but it was just in time for me to tap into college,” Wooten explains, adding that there are many ways people can motivate themselves through similar struggles. “You can depend on coaches and your family all you want, but they can’t do it for you. So at the end of the day, mentality is the hardest thing to beat and overcome, but . . . it’s the most rewarding thing to actually throw that skill after being as scared as you are.”

Wooten wants fellow cheerleaders with mental blocks to remember that muscle memory is real — it “bewilders” her how real it is. “I think I don’t know how to do something or I’m asking questions like, ‘What do I need to do to fix this or that?’ But in reality, your body already knows the motion of all of it. So putting faith into your skills . . . it’ll get you somewhere.”

Wooten will be back in Daytona, FL, for Nationals with the Sam Houston State University cheer team. Here’s hoping they hit zero! (And if you don’t know what that means, go watch Cheer.)

Basic YOGA ASANAS for GOOD HEALTH – for Beginners and all Age Groups | Beginners Yoga at Home
How Street-Style Dance Helped 3 Artists Find Purpose, Community, and Themselves
Finally, a Bar With Only Women’s Sports Playing
Healthy Chicken Pita | Meals That Got Me Through College
Blippi Learns Healthy Eating For Kids At Tanaka Farm | Educational Videos For Toddlers