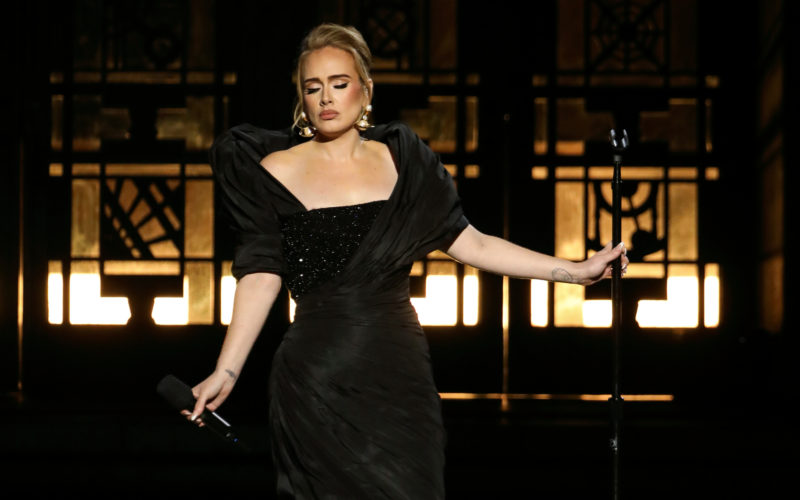 After a six year hiatus from releasing music, the songstress finally made her return with the delivery of her fourth studio album 30 on November 19.

Music is an emotional outlet for the notoriously private 33-year-old artist, and in her new soulful record, she opens up about her divorce from ex-husband Simon Konecki (the pair split in April 2019), the nuances of motherhood, loneliness and falling in love.

And thanks to her musical resurgence, Adele is once again all over our social feeds (as she should be!), gracing the covers of magazines, giving in-depth interviews and performing her impressive vocals for live audiences.

To top it all off, the singer has also been dropping jaws with some recent fashion moments, but some discussions surrounding these appearances have perpetuated the harmful narrative that Adele is somehow more fashionable now because of her weight loss. Not only is this fatphobic, it’s also simply untrue. Adele has always been glamourous, but just as her music continually reaches new heights, so too does her fashion.

With a few major life changes under her belt, 30 is an honest look at who Adele is now. The star’s re-emergence represents an era of newfound power and freedom, and all of this is reflected in her heavily documented style. Here are some of our favourite fashion looks that speak to the new age of Adele.

Nothing says comeback quite like a matching monochromatic set. Adele clearly understands this. At her Spotify listening party on November 15, she donned an all-black fitted pantsuit with playful flared trousers, setting the scene for the celebratory event.

As part of the Adele One Night Only CBS special on November 14, the singer opted for a more serious look when she got candid with interview queen Oprah Winfrey about her divorce, her album and how she builds mental and physical strength.

For this viral sit-down, the singer sported a white custom Christopher John Rogers suit adorned with Swarovski crystal buttons. The all-white look inspired Oprah to change from her original outfit to a more mellow look to match the singer’s vibe. The ensemble was so captivating it even led The New York Times to draw comparisons to historic all-white imagery from the women’s liberation movement. The crisp white ensemble signified an aura of peace and a fresh start. Very fitting!

The soulful singer recently paired up with the Italian fashion house’s artistic director Daniel Roseberry for two viral daring looks. Back in September, she posted pictures in a custom black dress with puffy white rosette sleeves. To add a unique flair, she completed the look with a pair of statement Schiaparelli tooth earrings.

On November 14, as part of her Adele One Night Only concert in Los Angeles, the singer sported another custom Schiaparelli gown by Daniel Roseberry. Wearing another over-the-shoulder puffed sleeve look, she opted for an all-black gown this time around. The dress was then paired with a pair of Saturn pendant earrings fit for the performance at Griffith Observatory.

One thing we know about Adele: she’s going to wear a ball gown. At a few of her latest performances, though, the singer has sported a reimagined take on the classic dress style. On November 20, Adele sang at the NRJ Music Awards in a black Christian Dior gown with a long sleeve fishnet mock turtleneck. Pairing the dress with a sleek bun — a look we rarely see on the singer who’s known for her long locks — gave the ensemble an edgy-meets-classic twist.

Most recently, for her highly anticipated show at An Audience With Adele on November 21, she opted for a sparkling off-the-shoulder gown studded with glittering jewels, all tied together with some old Hollywood curls. And in a fun turn of events, she even reunited with an old teacher, calling the night “just heaven” on Instagram.

When it comes to broken-hearted anthems, Adele never disappoints. But her new era is not just about feeling blue, it’s about being hopeful and channeling strength. The artist has clearly found that within herself, and inner peace has never looked better.