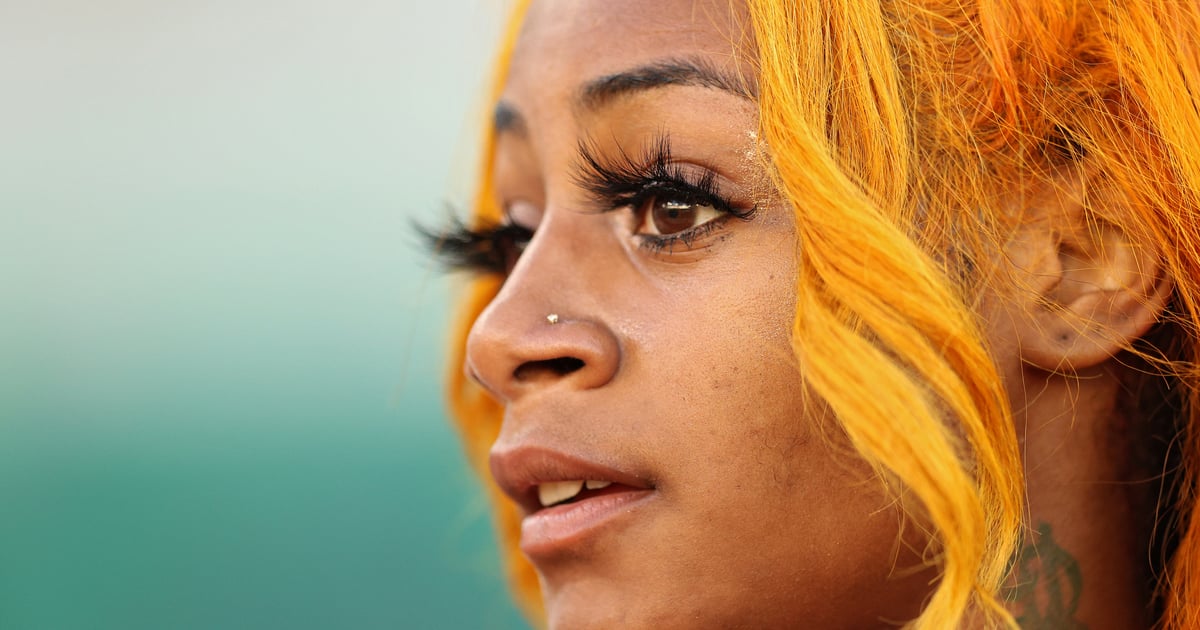 .@itskerrii doesn’t need you to let her do anything.

Scored and edited by @kanyewest
Featured track is “No Child Left Behind”
DONDA is officially out in 48 hours! ⏲ pic.twitter.com/9eZN6XJM41

Last night, Beats by Dre dropped its latest ad — confirming Kanye West‘s Donda album drop is coming this Friday — and starring America’s fastest woman Sha’Carri Richardon. Watching the moving commercial, some may have been surprised to see a collaboration between Richardson and West, but there are some key details in this minute-long piece proving that the two were destined to work together.

The ad opens with a scan of Richardson’s outfit as her knees float off the track. She’s in a golden outfit wearing a pair Nike sneakers. Her gold outfit could be symbolic of her record-breaking win at the 100-meter final while her Nike sneakers represent the continuous support the track star has received from the brand even after not being able to compete at the Games.

During the scan of her outfit, West’s upcoming track “No Child Left Behind” fades in. The significance of the song choice is evident as Richardson is in no way being left behind even though she’s unable to go to Tokyo for the summer Olympics. At one point, Richardson is standing on the track rubbing her hands together in almost a prayer-like position as the lyrics “. . . never count on ya’ll. Always count on God. He’s done miracles on me. . .” echo in the background. Richardson and well as West have both been open about their faith, which is a connection they share.

With Kanye’s next album being named Donda (after the singer’s late mother), the deeper connection between the two of them processing the loss of a mother adds another layer of significance to this collaboration as this is a life experience that they both share. While both have had to work through significant losses in their lives, the essence of moving forward is palpable.

Towards the end of the video, Richardson can be seen about to take a step forward just before the video cuts to the “Live Your Truth” end screen. The sharp cut adds the layer of mystery as to what the next step will be for the runner as well as for what is also going to come in Kanye’s upcoming album release. Although we may be on the edge of our seats waiting for both of their next moves, Richardson gave us a great reminder on her Instagram. “There will be ups and down in life, but it’s important to remember to run your own race.”