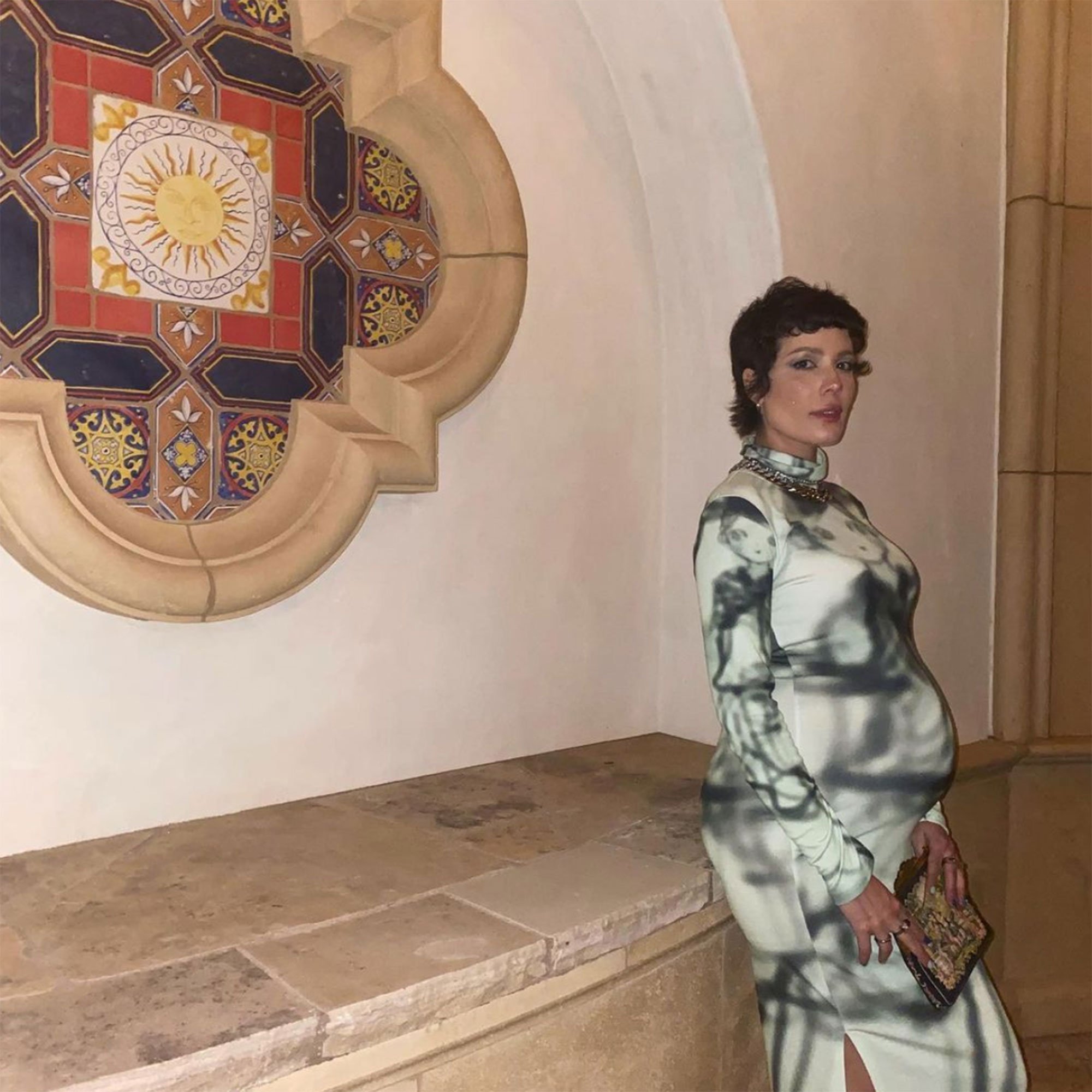 “This cover image celebrates pregnant and postpartum bodies as something beautiful, to be admired.”

Halsey rightfully takes a seat on a lavish golden throne, exposing one of their breasts while holding a young child, on the cover for their forthcoming new album, If I Can’t Have Love, I Want Power. The electro and indie-pop singer announced the release of their latest work album on July 7, with artwork by photographer Lucas Garrido.

On the cover, Halsey, whose preferred pronouns are they/them, wears a regal blue-grey gown and towering crown. The cover is a noticeable shift from the retro-boho aesthetic of their three previous studio albums. The powerful depiction of “the joys and horrors of pregnancy and childbirth,” as Halsey describes it on Instagram, is a “sentiment of [their] journey over the past few months.”

“The dichotomy of the Madonna and the Whore,” the singer wrote on Instagram. “The idea that me as a sexual being and my body as a vessel and gift to my child are two concepts that can co-exist peacefully and powerfully.”

Wow wow wow. As a new mommy, i appreciate this. We should be talking more about the challenges moms face / how to support them through and after pregnancy. Thank you, Halsey, for shining a spotlight on this! I am here for this convo- chiming in loud and proud 🤘💗 https://t.co/qmsvyiCZc0

“My body has belonged to the world in many different ways the past few years, and this image is my means of reclaiming my autonomy and establishing my price and strength as a life force for my human being. This cover image celebrates pregnant and postpartum bodies as something beautiful, to be admired.”

Halsey announced they were expecting a baby with boyfriend Alev Aydin in January. The Bad At Love singer’s recent cover reveal shocked some fans who speculated on whether or not they had already delivered their child (and if that child was in fact, the one sitting on their lap in the cover art).

HALSEY IS THIS YOUR BABY !!!! I NEED ANSWERS https://t.co/qfbmNHLWtP

This confusion was quickly put to rest by a video Halsey uploaded, revealing the artwork at New York City’s Metropolitan Museum of Art, where the singer still has a definite baby bump.

“We have a long way to go with eradicating the social stigma around bodies & breastfeeding,” Halsey wrote. “I hope this can be a step in the right direction!”

If I Can’t Have Love, I Want Power will be released on August 27.