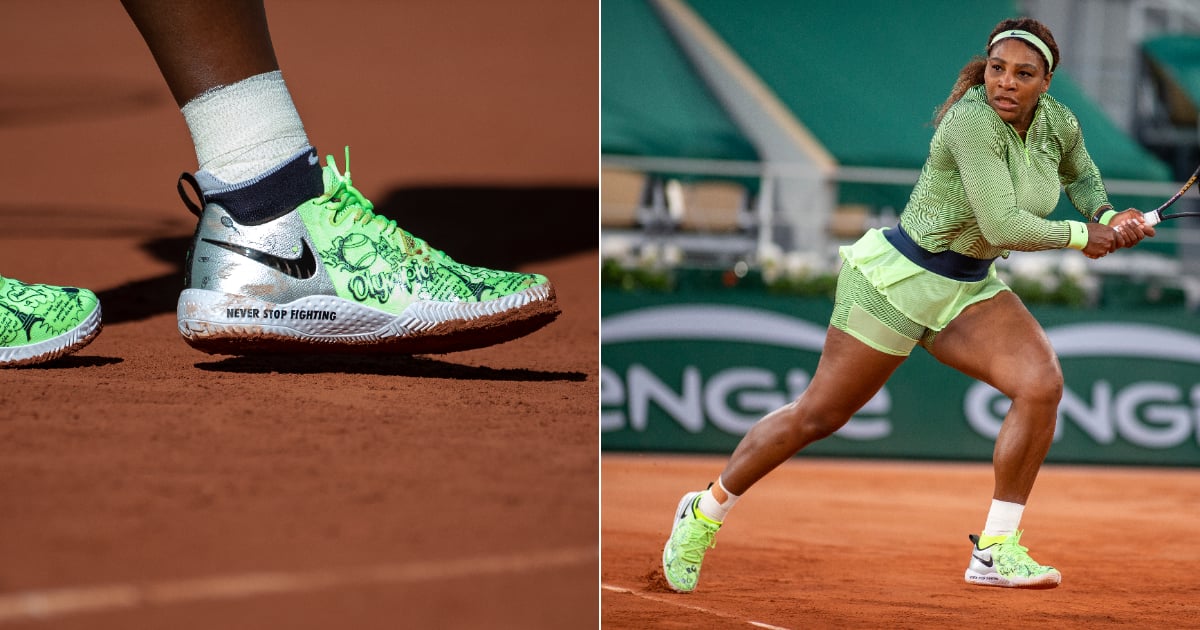 In addition to her unmatched tennis skills, Serena Williams is also known to make a statement on the court with her fashion. For the day two of the French Open on May 31, she did just that with cool neon green custom Nike sneakers that had sketches all over the shoe. The kicks paid tribute to her daughter Olympia Ohanian and featured the nickname Lizzo coined in her song “Like a Girl”: Serena Willy.

But the shoes also had a powerful statement as Williams played against Romanian player Irina-Camelia Begu. The supportive midsole on the left shoe said in English, “Never stop fighting” and a similar statement in French on the right shoe: “Je ne m’arrêterai jamais,” which roughly translates to “I will never stop.”

The sneakers also had an illustration of the Eiffel tower and a dog, presumably her Yorkie Chip, the word QUEEN, the phrase “come on,” and much more. Williams defeated Irina-Camelia Begu 7-6(6), 6-2 in the tournament’s first-ever night session and advanced to the second round of the French Open. Scroll through to see close-ups of the shoes and Serena in action.