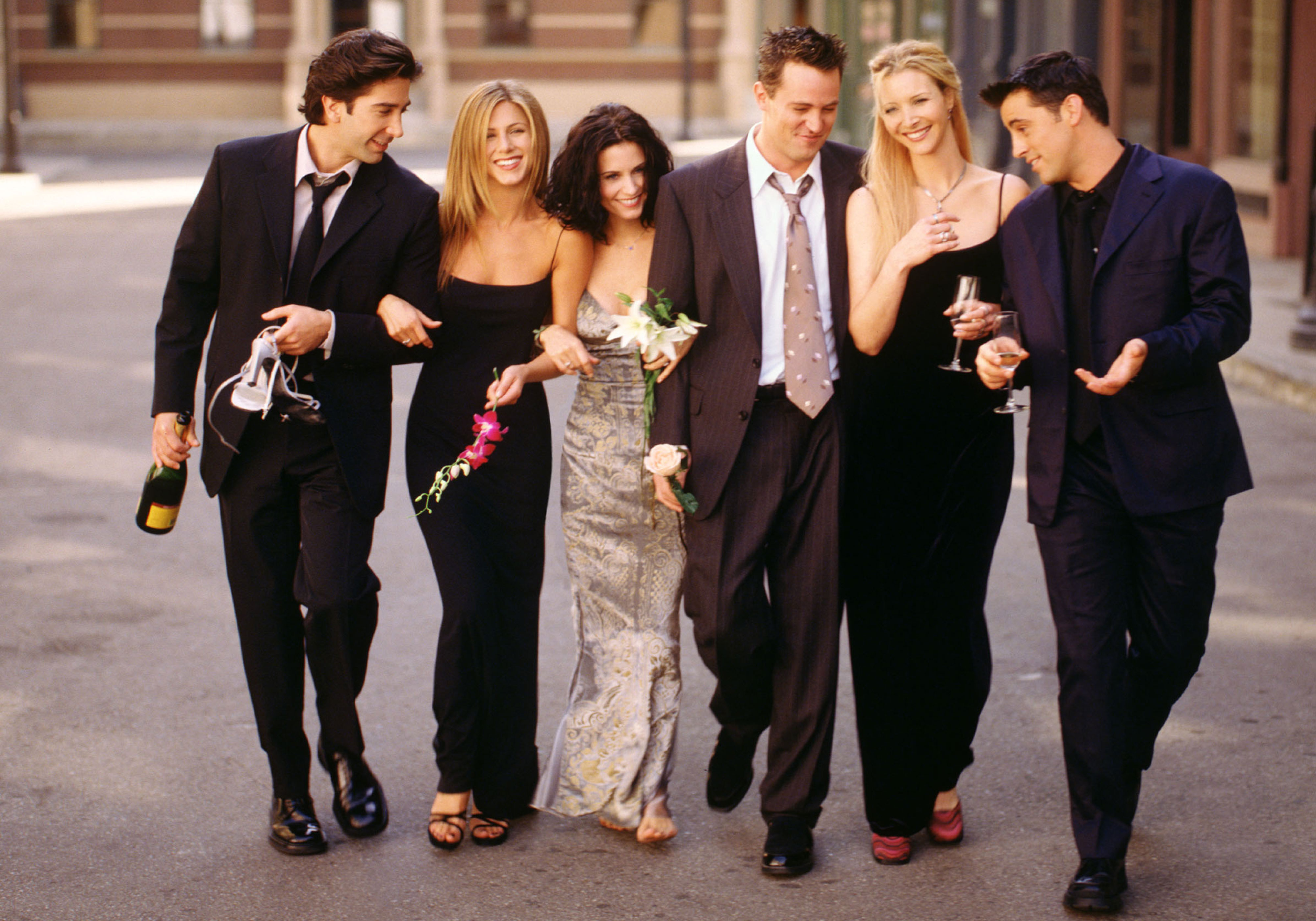 While rewatching the show, many have pointed out tone-deaf messaging and harmful tropes. Let’s unpack some of them.

Friends is one of the most cherished sitcoms of all time. From the often-iconic humour, to the chemistry-filled relationships, to the adorable displays of #friendshipgoals, the show captures how important it is to have a tight-knit crew of pals during your young adult years. So with a Friends reunion officially coming to HBO Max and Crave on May 27, fans are ecstatic.

The reunion was shot at the original Friend soundstage at Warner Bros. Studio in Burbank, California, and will feature all of the original cast members — Jennifer Aniston (Rachel), Courteney Cox (Monica), Lisa Kudrow (Pheobe), David Schwimmer (Ross), Matt LeBlanc (Joey) and Matthew Perry (Chandler) — along with special guests like Justin Bieber, Cara Delevingne, Lady Gaga, Mindy Kaling, and even Nobel Peace Prize Winner Malala Yousafzai. The reunion won’t be a new episode of the sitcom, but a behind-the-scenes look at the filming of the show, with cast members reminiscing and taking viewers on a stroll down memory lane.

Up until it was taken off Netflix at the end of 2020, Friends was one of the most-watched shows on the streaming platform. It’s been 17 years since a new episode aired, and while Friends has gained younger fans over the years, it’s also received a fair bit of criticism for some of its tone-deaf moments.

While we can appreciate the sitcmo and what it ultimately stands for (and the legendary stars it produced — Aniston, we’re looking at you, girl), it’s important to acknowledge the harmful messaging that consequently lives on with the show’s legacy. With the Friends revival just around the corner, here’s a look back at some of our *less fond* Friends memories that, if we’re honest, can stay on a break.

The homophobic and transphobic jokes

Friends received praise for depicting a lesbian wedding at a time when it was not commonplace to do so on TV. Carol (Jane Sibbett) and Susan (Jessica Hecht) were fully developed characters who were not simply the butt of a joke, as was often the case in 1990s mainstream pop culture. But even with increased LGBTQ+ representation on Friends and other ’90s shows like Roseanne and Ellen, homophobia and transphobia were still acceptable punchlines.

The show also encourages viewers to question and laugh at the blurring of traditional gender roles. In the episode “The One With the Male Nanny,” Ross insists his male nanny must be gay because he works in a typically female job. As the friend with the least amount of romantic relationships with women, Chandler was often the target (and source) of gay jokes. But Chandler’s jokes were most commonly directed at his father, who was likely a transgender woman. Chandler’s childhood trauma stemmed from his dad abandoning their family to be with their younger employee, or “house boy.” Throughout the show, whenever Chandler references his father, it is always accompanied by a joke poking fun at their seemingly ambiguous or undefined gender identity. When the only on-screen representation trans people are given is of an absent father who broke up a family, it is harmful and demonizing.

The “you’re fat, and it’s funny because you’re fat” trope

Monica’s backstory is that when she was younger, she was overweight. To get a laugh out of viewers, the show would often put Courteney Cox in a fat suit to play “Fat Monica” for a throwback episode. When Monica is fat, she’s not the same Monica: her entire personality becomes about food and her weight. Making a joke of Monica’s previous weight was used again and again throughout the series, and this type of narrative contributes to the dehumanization of fat people in mainstream media that is still prevalent today. This trope is tired and so are we! Next.

The whitewashed version of NYC

New York City is one of the most diverse cities in the world, and yet on Friends, all the major characters are white — we’re looking at you too, Sex and the City. The only two recurring non-white characters on the show were Ross’s girlfriends Julie and Dr. Charlie Wheeler. In an interview with The Guardian, Schwimmer said that he “campaigned for years to have Ross date women of colour” because he saw the lack of diversity on the show. But Ross dating two women of colour over the course of 10 seaons isn’t exactly a meaningful stride towards diversifying the cast.

The misogyny passed off as “boys being boys”

Joey is seen as the lovable, childish, dim-witted character — he’s an actor who doesn’t get much work, sandwiches are his favourite food, and he relies on his roommate and best friend Chandler to cover the bills. But when it comes to relationships, or more specifically sex, Joey is revered by his male friends for being “the man.” Despite not having much going for him career-wise, Joey is constantly getting beautiful women to go out with him. The problem is that he sees these women as conquests, and has no respect for them as people. He leads women on and ghosts them when he doesn’t want to talk to them anymore. This attitude is seen as aspirational to the men in his life, which hasn’t aged well.

In rewatching the show, the flaws of Friends become more apparent. But despite its shortcomings, Friends does a solid job of showing the realities of navigating the world as a young adult, and how your friends are some of the most meaningful relationships you can have at that time in life. We can’t discount the impact Friends has had on the world, but sometimes, we wish we could go back and tweak it, just a little.

You can catch the Friends reunion on HBO Max and Crave on Wednesday, May 27.