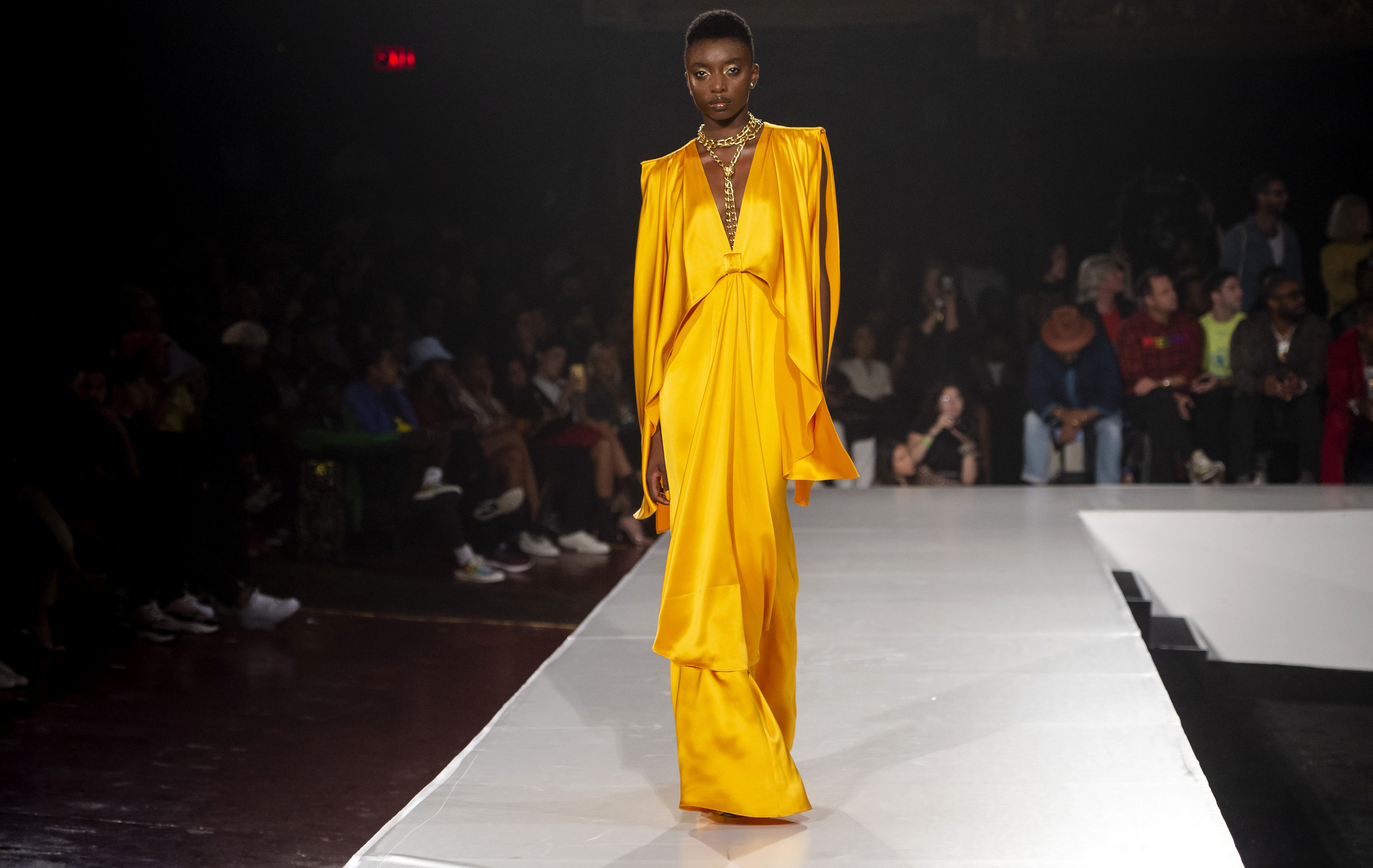 Mood-boosters abound in this week’s fashion news, including the announcement that New York-based brand Pyer Moss will make its debut during Paris Haute Couture in July. There’s also the current Dior Men pop-up found at Holt Renfrew Vancouver, which pays homage to the French brand’s Fall 2021 collection collaborator, artist Kenny Scharf. And Netflix’s new limited series about the life of fabulous and fraught fashion icon Halston may have you channeling going-out energy from your couch. Read on for the latest in all things style-related…

After a brief hiatus from the runway, designer Kerby Jean-Raymond of Pyer Moss has recently given fashion fans plenty to talk about. In addition to confirming its return to the New York Fashion Week calendar in September, Jean-Raymond announced that his brand has joined the ranks of the Chambre Syndicale de la Haute Couture, and will debut Pyer Moss Haute Couture during the shows this July. This will be the label’s first Couture collection, and the occasion also marks Jean-Raymond as the first Black American designer to be invited by the Chambre Syndicale to show during its calendar.

Dior Men is hosting an arty pop-up in Vancouver

Holt Renfrew Vancouver plays host to Dior Men’s Fall 2021 collection, designed by Kim Jones in collaboration with renowned artist Kenny Scharf. The whimsical display can be seen in the retailer’s iconic Skybridge setting, its sci-fi vibe recalling the atmosphere of the luxury house’s runway presentation earlier this year. And it plays up the vibrant, pop art sensibility that Scharf infused into a range of knitwear, suiting, outwear and accessories. Get your fill of the fun until May 30.

Please welcome Future.Footprint, the new trainer that’s being described as the “personal best” for performance-centric brands Allbirds and Adidas. With a carbon footprint under 3kg and manufactured using a reported 63 percent less emissions than a comparable design, the shoe’s midsole — based on the adidas Lightstrike model — is made with Allbird’s sugar-cane based SweetFoam material.

“We believe that the challenge of solving climate change is the problem of our generation and solving it will not be done alone,” Allbirds co-founder and CEO Tim Brown said in a press release about this unique partnership. “We need to find new business models, new innovations and new ways of working together. Our partnership with adidas is an example of that. Over the past year, our two teams have raced as one to create a shoe as close to zero carbon emissions as we could possibly achieve. The results are an exciting step forward, and hopefully, an example for others to follow.” The prototype for the shoe is part of a limited Creators Club release this month, with wider availability coming for fall.

Sidia is about to restock its top-selling pieces

Effortless essentials-centric label Sidia, launched by Canadian creative multi-hyphenate Erin Kleinberg, is answering the continued call for comfy-chic clothing with the re-release of its eponymous set on Thursday, May 20. Composed of a cardigan and palazzo pants (you had us at “elasticized waistband”), the duo became an instant sell-out when it first launched last year. This time around, a portion of the sales from the drop will be donated to the UNICEF’s India COVID-19 Relief Fund. The brand is marking the return of this customer fave with the release of a short film directed by emerging Toronto-based director Serville Poblete; its premise nods to the dream-like joy of a post-pandemic world — and with Ontario’s recent lockdown extension, that vibe can’t come soon enough.

Londre and The Birds Papaya have teamed up for a sustainably-minded, anti-shame swimwear launch

Vancouver-based swim and loungewear label Londre has collaborated with Canadian influencer and body positivity activist Sarah Nicole Landry, a.k.a. The Birds Papaya, on a capsule of three new bathing suit pieces. The collection includes Londre’s best-selling Minimalist one-piece, as well as new designs the Sarah top and Nicole bottom; all come in an extended size range and boast a unique floral motif called “Where’s Vulva” (look closely and you’ll know why!). The aim of the print is to rouse “sensuality and playfulness” while “abolishing shame around the most life-giving force, the vulva,” according to a press release. Get your hands on these clever looks when they go online Monday, May 17.

In need of a little glamorous escapism? Ewan McGregor stars in the Netflix limited series Halston, an eye-candy infused glimpse at the highs and lows of America’s “first celebrity designer,” Roy Halston Frowick. A favourite of stars like Liza Minelli (played in the series by Krysta Rodriguez), Halston’s contributions to the annals of design are many, including the hat he made for Jacqueline Kennedy’s appearance at John F. Kennedy’s presidential inauguration. But he’s best known for the slinky, minimalistic silhouettes that reigned during the 1970s and were favoured by the Studio 54 set.