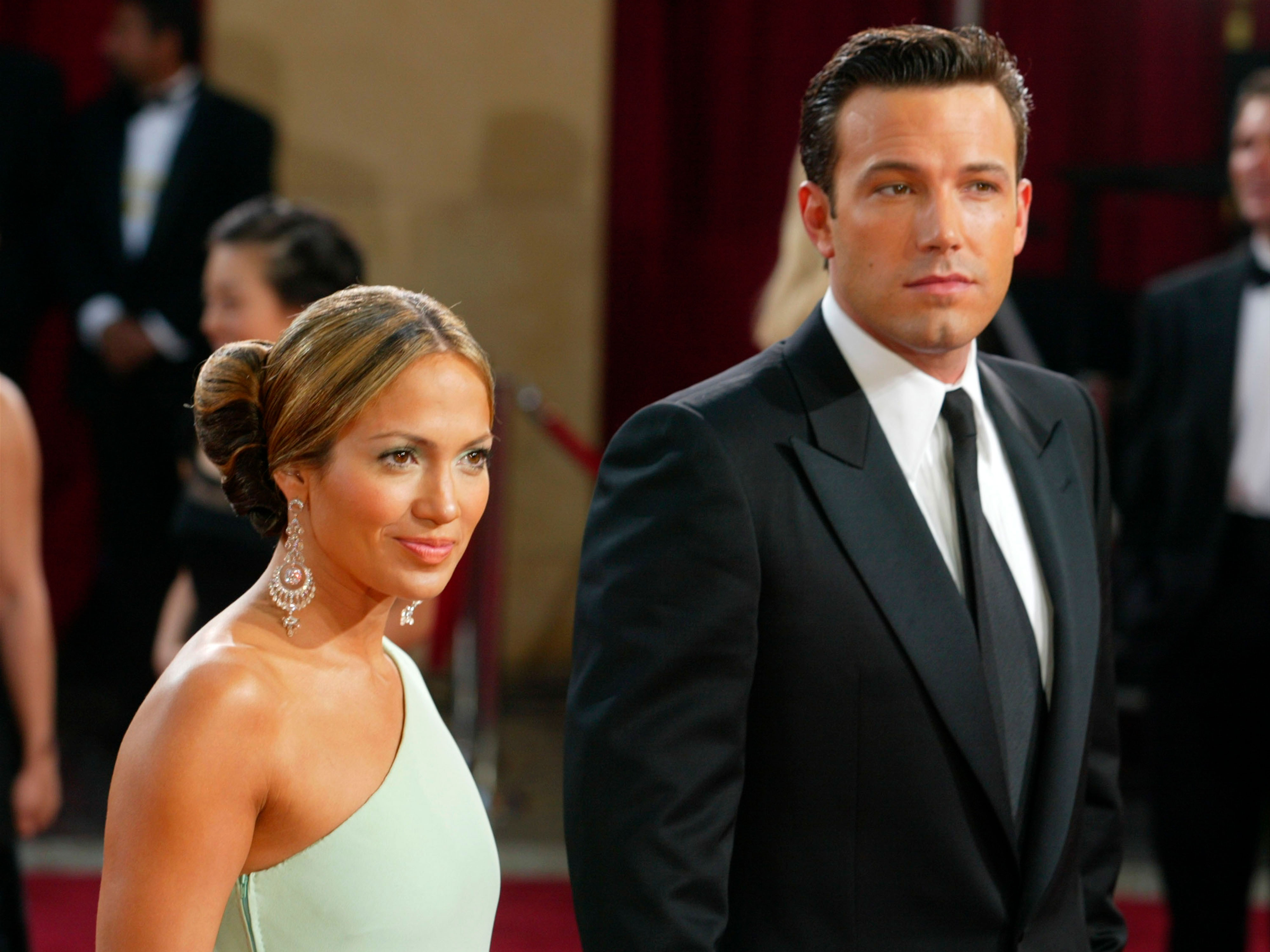 A timeline of Bennifer, Hollywood’s most famous portmanteau couple.

If you looked at the news today, you’d be forgiven for thinking you’d had your breakfast with a side of time warp, specifically straight to the year 2003. Ugg boots are being worn outside again, pubic-bone skimming jeans are back, bootcut legs and all — and Bennifer is back, with Ben Affleck and Jennifer Lopez are back in the news, spotted together in Montana of all places.

But it’s the year of our lord 2021, and your eyes do not deceive you: Bennifer is back, although it’s not entirely clear whether the portmanteau is back together in a romantic vs. platonic way. (And if the former: What are you thinking, JLo?!) To understand how we/they got here, staring once again at grainy paparazzi shots 17 years after they broke up, it’s worth refreshing our collective memory with a complete history of this notorious celebrity couple.

Late 2001: Ben Affleck and Jennifer Lopez *maybe* get together on the set of Gigli

If you wanted to make a real topical burn back in the early 2000s, you could do no better than compare something negatively to Gigli, widely agreed to be one of the more excruciating pieces of cinema ever created. The film — a rom-com about mobsters, basically — was notorious even whilst filming, mainly because it was upon this cursed set that Ben and Jen met. (Fun trivia: Halle Berry passed on Jen’s part! How different might history be if she hadn’t?!)

At the time, Jen was still with her second husband, dancer Cris Judd, and she’s always maintained nothing happened between her and Ben until she’d officially filed for divorce in July 2002. “We became friends first, that’s the honest to God truth,” Jen told NBC in a 2003 interview, back when celebs broke big news on television, rather than screen grabs of their Notes app on Instagram. “It felt like we had good chemistry.” Ben piped up, adding, “It felt like the scenes were working, it was good,” which should have been our first sign that this relationship was doomed.

This video — which features Jen and Ben writhing together onboard a yacht — is clearly autobiographical, telling the tale of an embattled celebrity couple who can’t seem to catch a break from the paparazzi’s hounding. While the couple had yet to go public together (and would only make their red carpet debut the following month, at the Maid In Manhattan premiere), it was a pretty obvious admission of their togetherness — and the scene where they visit a jewellery store a foreshadowing of a major rock-related announcement to come. (In 2008, Ben said his “one regret” about the relationship was doing that music video, nodding to the fact that it ushered in a rough period in his career. Remember Jersey Girl? Me neither.)

It was the six-carat pink diamond heard around the world: After less than a year together, the couple announced their engagement, via a Diane Sawyer interview. The proposal, Jen said, “was traditional, but in a spectacular way…very, very beautiful.” Even then, it was obvious to everyone what a strange pairing this was (she, an icon who’d go on to kill the Superbowl at 50, he, a man whose future held a full-back phoenix tattoo), something Jen addressed in the interview: “The two of us together is like, ‘How did that happen?’” A question we’re still asking nearly 20 years later.

September 2003: Ben and Jen “postpone” their wedding days before it was supposed to happen

Things had looked a bit awks at the Gigli premiere in July, but that didn’t stop us all from being *shocked* when their nuptials were called off mere days before their bash was due to take place in Santa Monica. In a joint statement, they blamed “excessive media attention” for the postponement, detailing conversations they’d had around “hiring three decoy brides” to throw the paps off the scent, which is when they realized “something was awry.” The slight logical gap — why they couldn’t still have gotten married without all the pomp and body-doubles elsewhere — isn’t addressed.

Jen’s rep confirmed that she had “called off her engagement,” which is an interesting spin on the widely-circulated reports at the time that it was Ben who ended things because he couldn’t deal with all the Bennifer attention. Using the media insanity around their wedding was his easy way out of things, a “friend” told People around the time. “He got out of the trap and he wasn’t going to get back in. He was looking for a graceful way to let it die.” Jen, speaking in 2008, has a more nuanced take. “We just happened to be together at the birth of the tabloids, and it was like, ‘Oh my God.’ It was just a lot of pressure… I think different time different thing, who knows what could’ve happened, but there was a genuine love there.”

Fast forward almost two decades, and the first signs that a “different time” might at last be on its way for the ex-loves. “She should have been nominated,” Ben said of Jen’s performance in Hustlers, sparking all kinds of talk of a reconciliation. “I keep in touch periodically with her and have a lot of respect for her. How awesome is it that she had her biggest hit movie at 50? That’s fucking baller,” Affleck told the New York Times. (Interestingly, around this time Brad Pitt and Jennifer Aniston, another early aughts power couple, were spotted looking friendly, which really makes us wonder if there wasn’t a “How to get your aging Hollywood client positive coverage” powerpoint doing the rounds of the publicists’ offices.) At the time, however, we were all distracted by Ben’s romance with Ana de Armas, and what seemed like a rock-solid thing going on between JLo and ARod, who were engaged.

Per TMZ, Ben Affleck (lonely_boi_99@hotmail.com, we assume?) saw pictures of Jen filming a movie in the Dominican Republic and decided to reach out via email to say how good she was looking, and how much he wished he could be there with her. (How he fit this all in between his apparent constant browsing of celeb dating app Raya, we’re not sure.) The emails apparently pinged back and forth between the two until Jen’s shoot wrapped in April.

April 29, 2021: Bennifer are spotted hanging out together in Los Angeles after her ARod breakup

Jen lands in L.A. and the Internet is promptly set alight by a series of pap shots that show the former couple cruising around the city together. Most outlets reported that the hang was purely friendly, although the timing (just after Jen ended things with ARod) gets the rumour mill grinding.

Once again, they’re driving around in cars together, this time in the glorious scenery of Montana, a place where Ben has been known to take his kids (and ex-wife Jen Garner) for vacations. According to People, they’re now more than just friendly exes going skiing together. “It’s all been very quick and intense, but Jen is happy,” their source claims. “They have a strong connection.” Stay tuned? This timeline is nowhere near done.