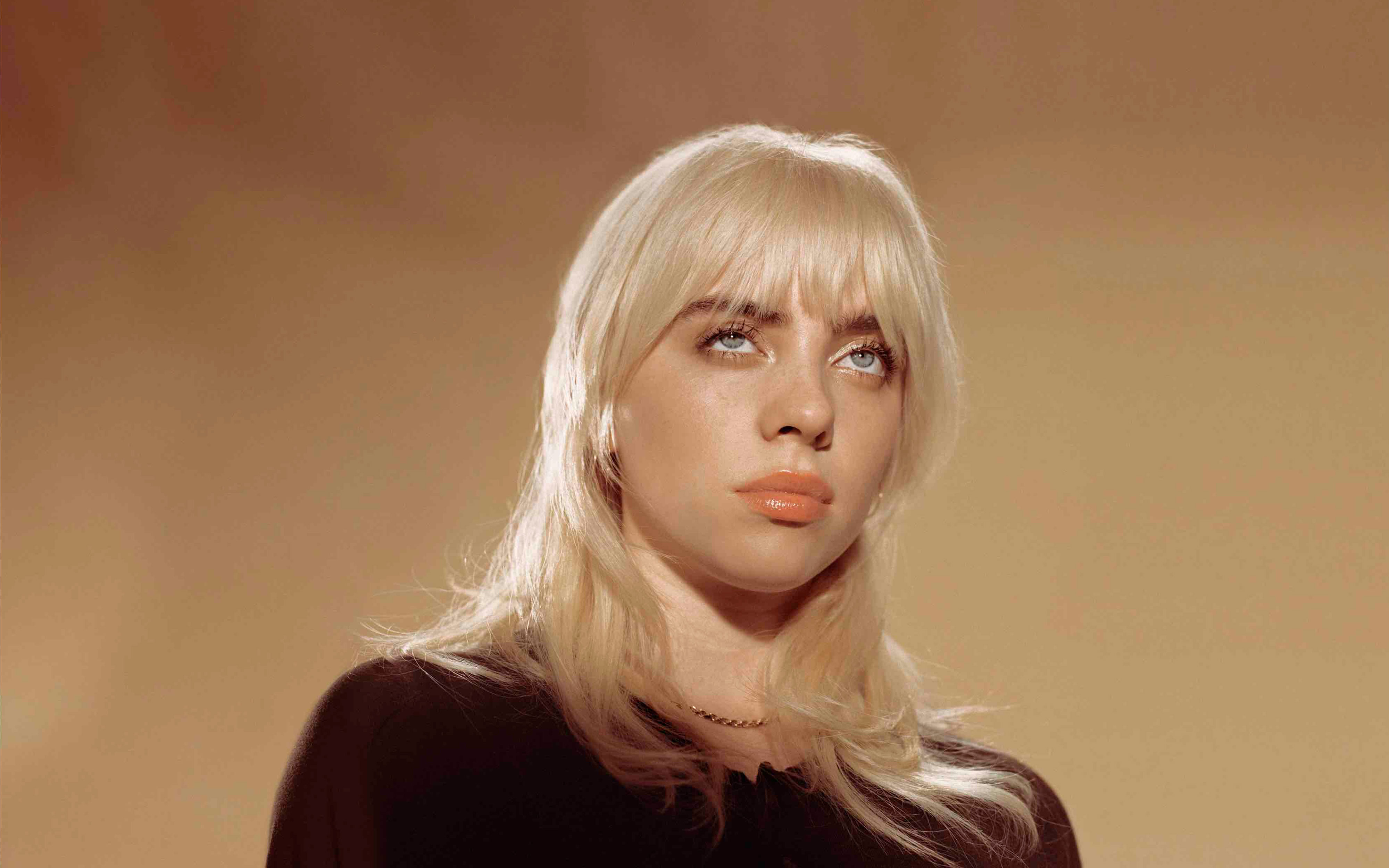 At only 19 years old, Eilish enters a new era of breaking boundaries and navigating fame on her terms — and that includes white-blonde hair and a whole new look.

Billie Eilish is an icon of her own making. Despite reaching mega-stardom at a young age, she has always been in control of her own image and sound. Unlike most stars, Eilish did not become famous thanks to an engineered persona and breakout hit. Instead, she was catapulted into the spotlight almost accidentally when she wrote the song Ocean Eyes at 13 years old with the help of her brother, FINNEAS, after her dance instructor asked her to write a song to perform to. She uploaded it onto the music streaming site SoundCloud and it quickly went viral. Since then, she has worked closely with her brother on almost all of her music, resulting in an organic sound that is uniquely hers.

2021 has been a transformative year for the 19-year-old artist. From her new bombshell blonde hair, to her lingerie shoot with British Vogue, to being chosen as one of the co-chairs of this year’s Met Gala, Eilish 2.0 has been everywhere as of late.

Here’s a look at how this year has brought a whole new era for Eilish, through beauty, fashion and music.

Billie Eilish’s bombshell blonde moment that started it all

Eilish has been well-known for her signature black hair with bright green roots — a look she first sported in July 2019. But over the past few months, fans began to suspect it was a wig, having discussions on TikTok about how the parting of her hair was off, and noticing that Eilish was wearing a lot of hats.

When she revealed her platinum blonde shag via Instagram this past March, it sent fans into a frenzy, quickly becoming the third most-liked picture on the platform. The look is symbolic of not only her forthcoming new album, but an entirely new style for the artist/

In her photoshoot with BritishVogue for the magazine’s June cover, Eilish trades her signature baggy clothes for a laced-up, form-fitting, lingerie-inspired look. One of the shoot’s outfits is a custom Alexander McQueen corset dress and sandals with latex stockings and gloves by Atsuko Kudo. This provocative look is in direct contrast to what Eilish has worn for so long, and she says she feels “more like a woman, somehow.”

The artist’s oversized clothing had become an extension of her image: representing not only her genre-blurring style, but a literal shield from media scrutiny, which disproportionately targets young women in the spotlight. Despite hiding her curves, her body was still a fixation of media attention. Like so many young women, Eilish says that for a long time her body was her deepest insecurity. In the past, when explaining her decision to wear loose-fitting clothes, she said, “The only reason I did it was ‘cos I hated my body.”

By openly embracing her sensuality with this shoot, she is yet again pushing back on the societal pressures that are forced upon women and the way they chose to present. Eilish makes it clear she is doing this for herself only, and that this should not affect the way others see her. “Showing your body and showing your skin — or not — should not take any respect away from you,” she says.

Last week, Billie Eilish released Your Power, a single from her forthcoming album, accompanied by a music video that is now at the top of YouTube’s music trending page. The song is about an abuser taking advantage of a minor, with mellow guitar acoustics accompanying Eilish’s recognizably soft vocals.

Similar to her Grammy-winning debut album When We All Fall Asleep, Where Do We Go?, her sophomore album was written solely by Eilish and FINNEAS, who produced it. Titled Happier Than Ever, the cover features a blonde Eilish looking upward, with a tear running down her cheek. When asked whether this tear was sad or happy, she shrugged nonchalantly, offering only, “It’s a real tear, I’ll tell you that.”

Being catapulted into mega stardom at a young age is something very few people experience, and Eilish continues to handle it seemingly as well as possible, by setting boundaries and doing things her own way. As she enters into a new era of style and artistry, she continues to promote self-acceptance while using her powerful voice as a tool for change.

A new fashion era for Eilish, too?

Equipped with her new look, Eilish is set to be one of the co-chairs of this year’s Met Gala, also known as “fashion’s biggest night.” This will be Eilish’s first Met Gala, and she is already breaking records by being the event’s youngest co-host ever. In their announcement on Monday, Vogue expanded on their choice to include the star, saying, “Eilish’s willingness to embrace an aesthetic as innovative as her music has pushed emerging brands into the limelight and challenged old rules about how a pop star should dress.”

This year’s Met Gala will be done in two parts. The first, in September 2021, has the theme, “In America: A Lexicon of Fashion,” and is meant to “explore a modern vocabulary of American fashion.” The second, in May 2022, is called, “In America: An Anthology of Fashion.” On their choice to appoint Gen-Z co-chairs (Timothée Chalamet, Amanda Gorman and Naomi Osaka share the job with Eilish), Vogue says: “They may be young, but each of the night’s co-hosts has made their mark on fashion.”

We can’t wait to see how Eilish owns the Met Gala red carpet this September!

5 MIN CALF WORKOUT (Dancer Calves Challenge) – No Equipment
Watch Kristin Cavallari Deadlift 185 Pounds Like It’s Nothing
Issey Miyake Was the Sweetest Designer I Knew
What Should You Eat Around Your Workout?
The Smartest Way To Use Protein To Build Muscle (Science Explained)